This article explains what aperture is, how it can affect an image and how to change the aperture on Laban Library cameras. This guide can be applied to both the digital video camera and the stills camera.

To understand aperture, you should first have an understanding of how cameras work.

There’s an important part of your camera’s lens called the iris. It controls how much light is allowed through to hit the digital sensor. By opening the iris further, you can let more light into the camera, closing it will let less light in. Aperture controls the positions of the iris.

The most important thing to remember about aperture is that as the number in the f-stop increases, the size of the aperture decreases. This means the higher up the f-stop scale you go, the less light is being let into the camera.

However, changing the aperture doesn’t just affect the amount of light coming into the camera, it also affects the depth of field.

Depth of field describes how much of your shot is in focus when the camera is focused correctly. For example:

What does changing the aperture do to my images?

Simply, changing the aperture of the camera will change the amount of light let into the camera, along with the image’s depth of field.

However, experimenting with aperture will lead you to realise that additional effects can be achieved. Bokeh (pronounced BOH-ka) is used to describe an effect where the areas outside of the focal plane are pleasingly blurred.

The blurring is most noticeable in the image’s highlights, which become softer and often take a round or hexagonal shape.

This effect is ideal for portraits or video clips where you want your subject to stand out. To achieve bokeh in your image you want to use a small f-stop (such as f/2.8) and try to reduce the distance between your camera and subject as much as possible.

Focus pulling is a technique used in film where the focus of a shot, normally from one subject to another. Similarly to Bokeh, this requires a low f-stop, as the technique only works when the focal plane is small.

A focus pull is achieved by using the focus ring, which circles the lens of the camera. Twisting this will bring the plane of focus closer or further from the camera, allowing you to change the subject of the shot.

How do I change the aperture on Laban Library cameras? 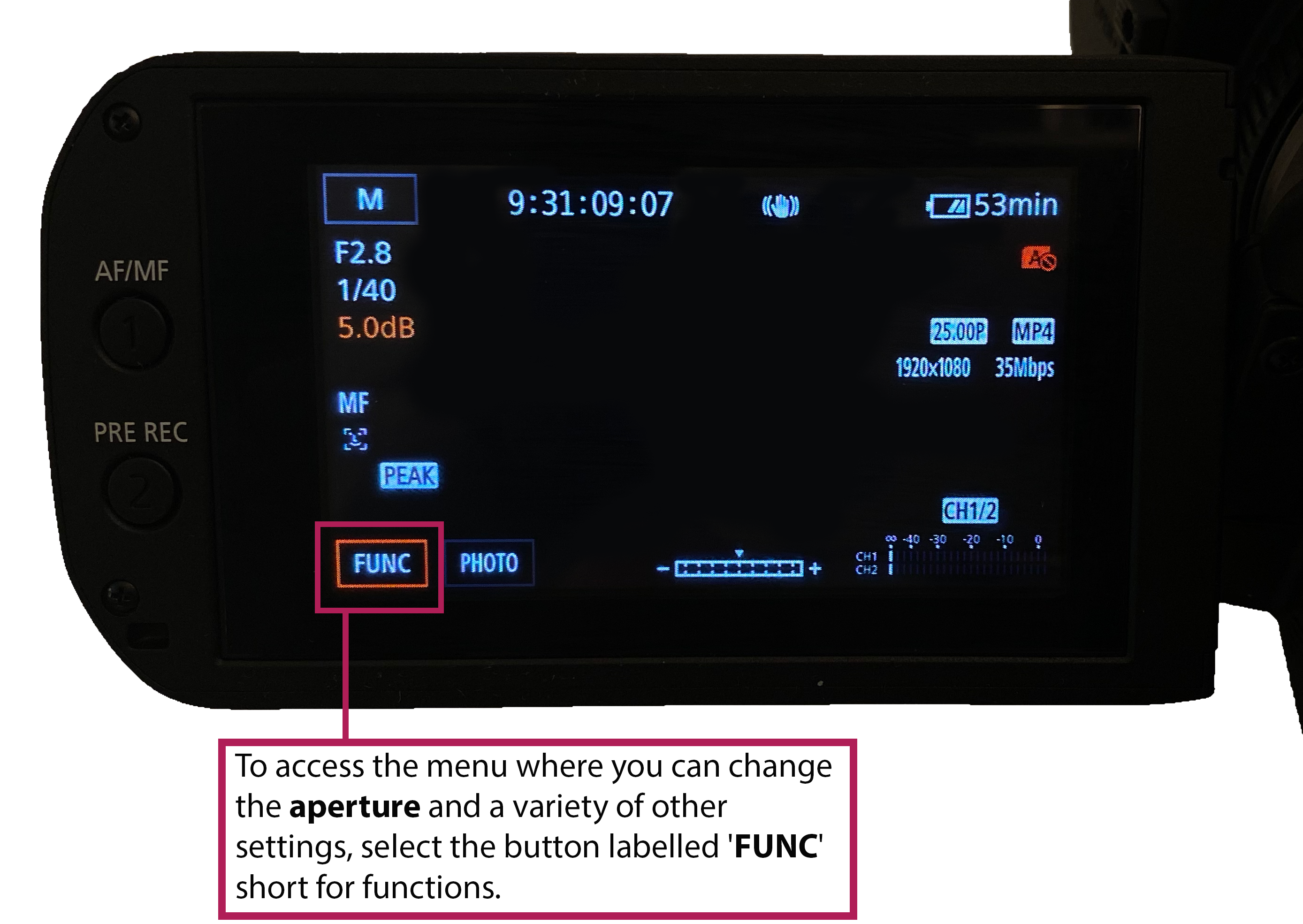 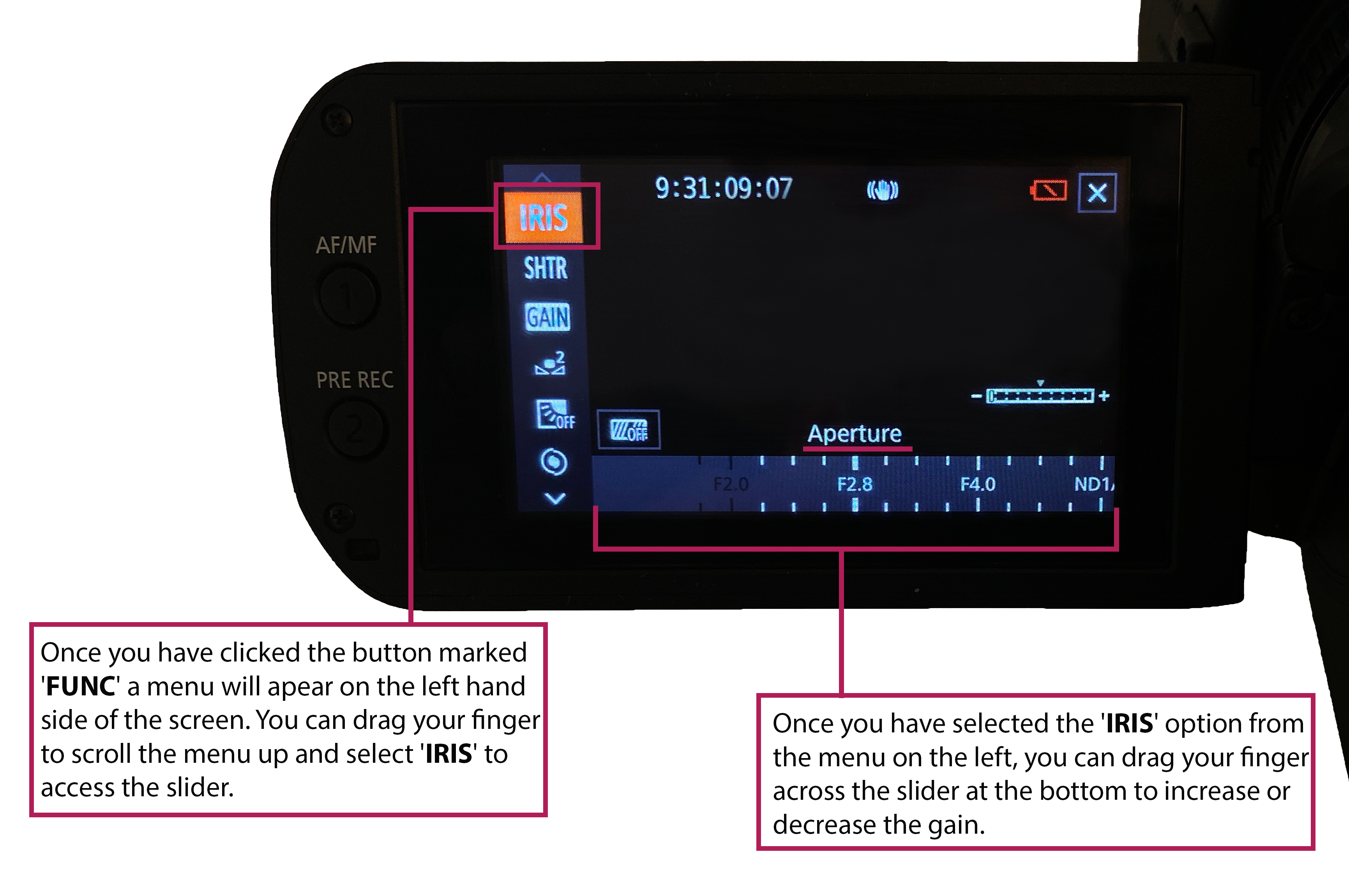