This article is an introduction to ISO, what it is and what changing the ISO number does to the images you produce. This guide can be applied to both digital video cameras and digital stills cameras.

Put simply, ISO controls how sensitive the cameras digital sensor is to light. This makes it a useful setting to understand, as it makes up one of the components of the exposure triangle (alongside aperture and shutter speed).

On many digital video cameras, ISO is often referred to as gain and uses decibels (dB) as a measurement, rather than ISO numbers. Decibels and ISO numbers might seem completely different, but a general rule is changing the gain by 6dB is the same as going up (or down) one ISO number.

What does changing the ISO number do?

When you increase the ISO number, you increase how sensitive the camera is to light. This can be extremely helpful in situations where there are lower light levels and you can’t change your shutter speed or aperture.

How do I change the ISO number on Laban Library cameras?

Below is an interactive guide on how to change the ISO number on our new 4k video cameras. 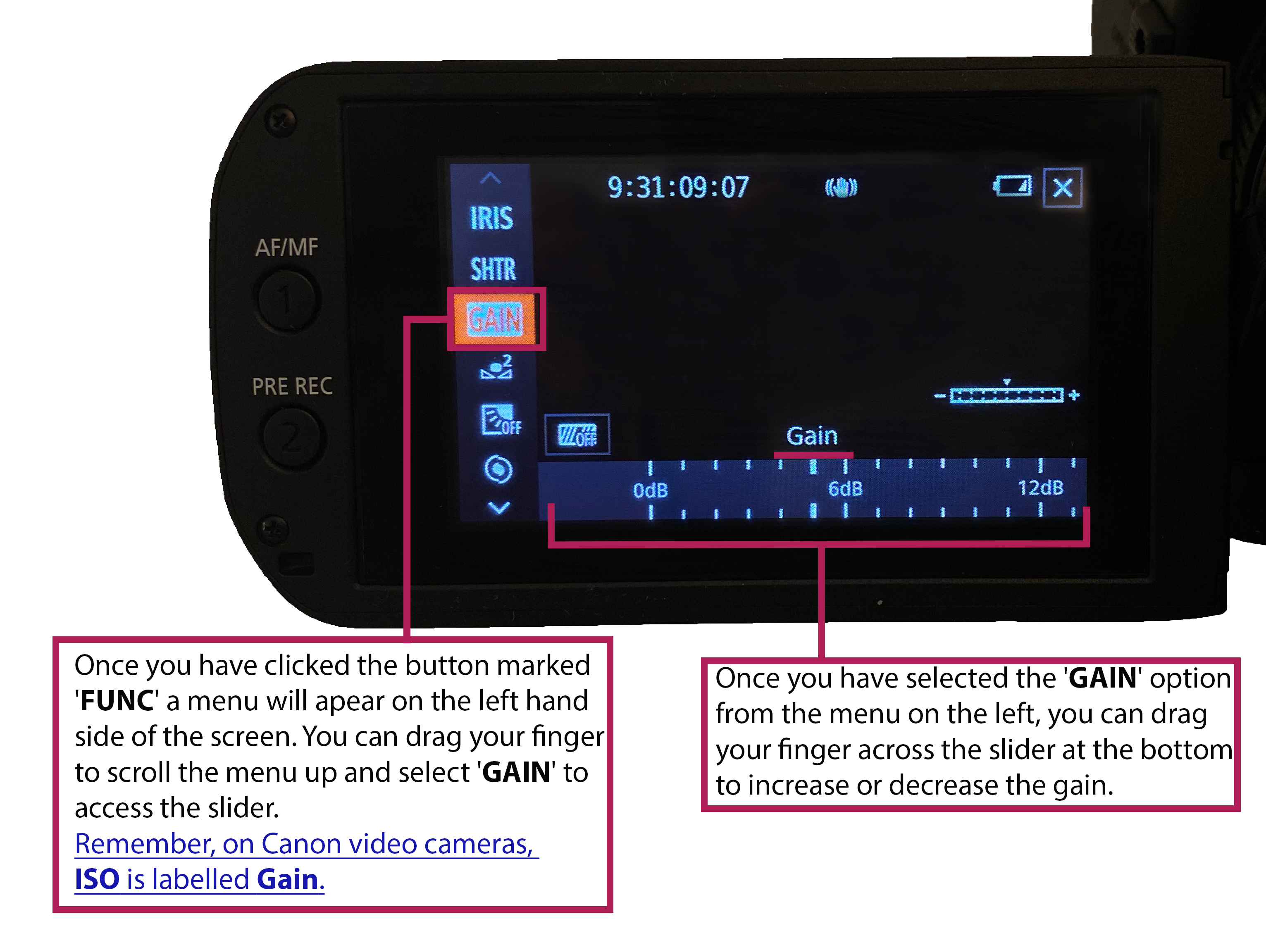