This article is an introduction to shutter speed, as well as shutter angle. We will cover what the terms mean and how they affect the images you produce. This guide can be applied to both digital video cameras and digital stills cameras. However, there will be differences between video and photography in this setting’s application.

What is shutter speed?

Shutter speed is how quickly the camera’s shutter opens and closes. It affects how much light is let into the camera.

Shutter speed is commonly presented as a fraction, which indicates the fraction of a second the shutter is open for.

A camera’s shutter speed can also last more than a second. In that case, the shutter speed will be presented as the number of seconds, followed by either s or “.

Most camera settings don’t differ in application between video and photography. Shutter speed is one of the few that does.

When you record video, the camera is capturing individual still images. When played back at a certain speed, the still images are perceived as moving by the human eye. The rate these still images or “frames” are played back is called the frame rate and is measured in fps or frames per second.

Generally, video is shot at 24 or 30 fps. There are reasons you may want to shoot at a higher frame rate, such as 60 fps, but the standard for most video sharing platforms is 24 or 30 fps.

There’s an easy way to make sure your shutter speed is double your frames per second and that is ensuring your Shutter Angle is set to 180°.

It’s another term to remember and can make shutter speed one of the trickier camera settings to comprehend, but it’s worth understanding. The term Shutter Angle has been carried over from the days of physical film cameras when a revolving shutter would allow light to expose the film. The industry standard was 180° as this resulted in sharp images and only slight motion blur.

What does changing shutter speed do?

Changing the shutter speed changes how much light is let into the camera.

It can also change the amount of motion blur in an image.

For still images, changing the shutter speed is relatively straightforward.

If you want to capture a fast movement in a really sharp image, make sure you use a fast shutter speed. This will require more light, so you may also need to adjust your ISO or aperture, or use additional lighting.

If you want images with motion blur, or you are shooting in a darker area, you will need to use a slower shutter speed.

Changing the shutter speed (or shutter angle) is less straightforward when you are working with moving image.

You can’t simply change the shutter speed to increase or reduce the amount of light, as this will have a direct effect on the motion blur of the video too. However, you can use the effect of the shutter speed as an artistic choice if you wish.

Increasing the shutter speed will result in sharp, choppy movements.

Decreasing the shutter speed will result in a more dreamlike, blurry image, with more motion blur.

However, once filmed, these effects can’t be removed from the image. So often it is more practical to put effects like these on video at the post-production stage.

How do I change the shutter speed? 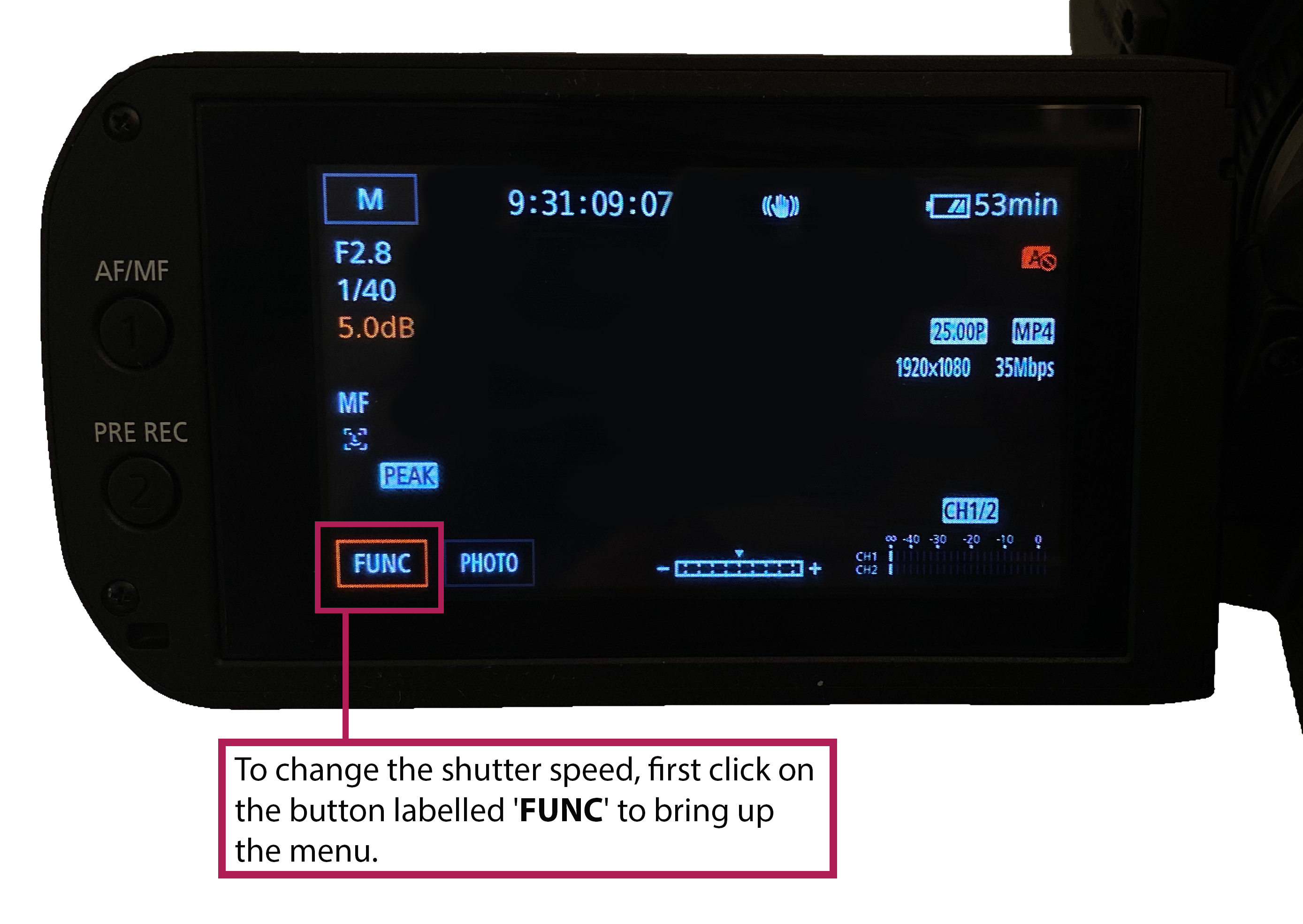 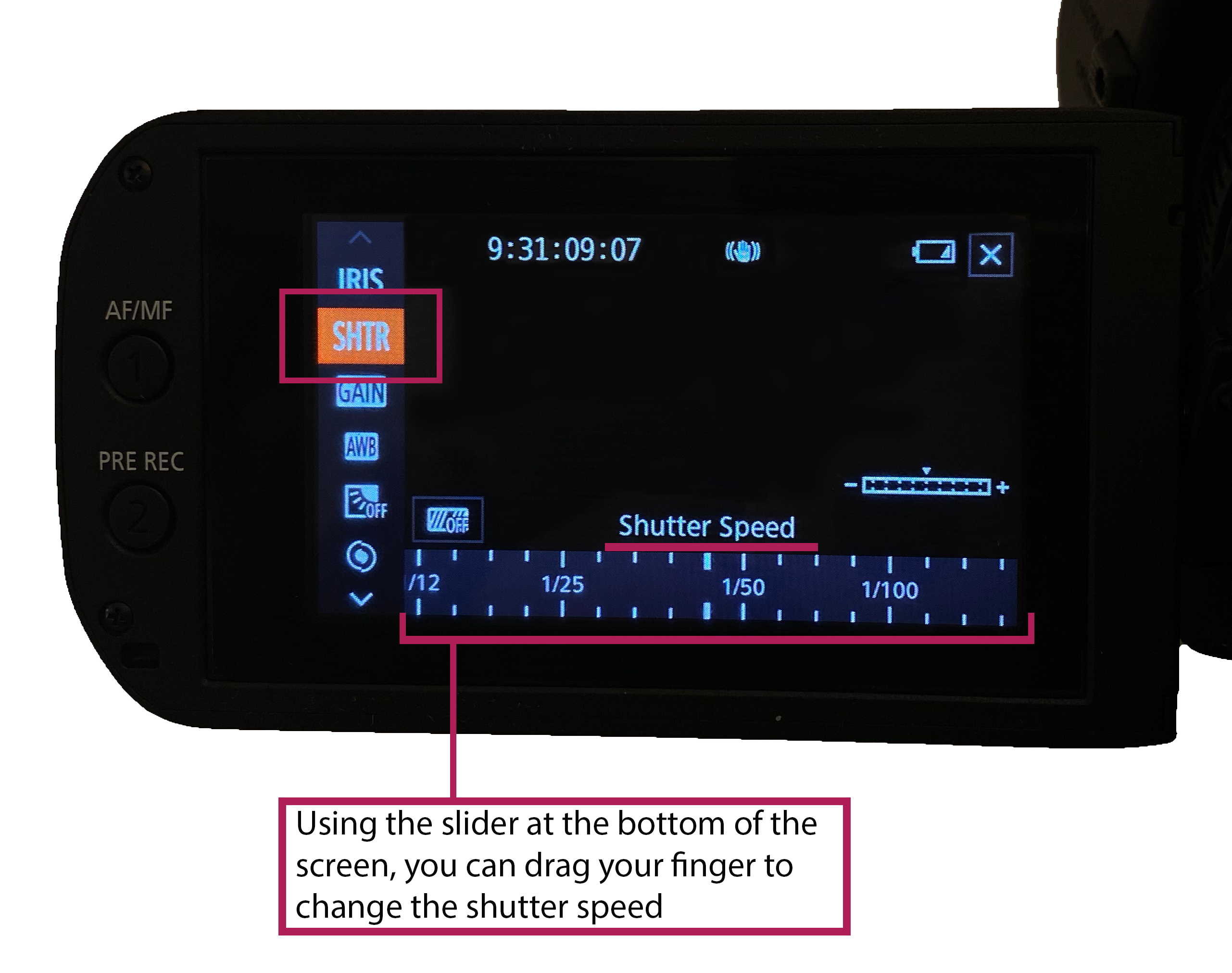